Rolex is an awe-inspiring brand with a lot of mysteries surrounding its existence especially because the brand never allows any visitor into its facilities. The question “where is Rolex from?” is, therefore, a pretty common question among the general populace.

Click here to read here to find out why Rolex is one of the most special watch brands in the world — What Makes A Rolex Special – 13 Reasons.

Rolex is currently based in Geneva, Switzerland and is also of Swiss origin. However, it was founded in England by Hans Wilsdorf and Alfred Davis under the name Wilsdorf and Davis” in 1905.

In 1908, however, the company decided to register its watches under the name “Rolex” and so the brand came to be known as Rolex Watch Co. Ltd.

Currently, Rolex is the foremost watchmaking brand in the industry of luxury watchmaking. The brand produces more than 2000 watches on a daily basis, and yearly, generates sales to the tune of $7 billion.

Rolex is the brand behind big names in the industry such as the Daytona and the Rolex Submariner as well as the GMT-Master. Rolex has competition in the watchmaking in the likes of Panerai, Omega, and Patek Philippe.

With more than 2,800 staff members currently in its employ and Jean-Frederic Dufour as CEO, Rolex is currently owned by the Wilsdorf Foundation and is a widely successful brand with its watches considered among Rolex owners.

How Rolex Was Founded

Hans Wilsdorf and Alfred Davis were brothers-in-law. In the year 1902, the two decided to create a watchmaking brand which they called Wilsdorf and Davis. They founded their company in London specifically for the importation of quality movements for watches.

When the company was first made, the brothers-in-law would import Hermann Aegler’s movements and sell them to companies such as Dennison which were known to make high-quality watch cases.

The two men would then distribute these timepieces to jewelers across the country who would add their names (Wilsdorf and Davis) to the watches. His earliest wristwatches had the initials “W&D” stamped somewhere on the inside of the watches’ case backs.

How The Rolex Brand Came To Be

As to why Wilsdorf decided to change the name of his company to Rolex, history has it that Wilsdorf simply wanted something that wouldn’t be a mouthful. He wanted a name that everyone of every nationality could easily pronounce and that was why he settled for Rolex. Well, it is also said that, according to Wilsdorf, Rolex, when pronounced, sounds like the winding of a watch.

In 1914, Rolex received the Class A precision certificate from the Kew Observatory. Of course, this was exicitng news for the budding company especially since this was an award typically given to marine chronometers exclusively.

By the time the war ended, though, London fell on hard times which, inadvertently, affected businesses (especially those that dealt in luxury items), Rolex not excluded. Because of the heavy taxes being imposed on such businesses, therefore, Wilsdorf decided to move his company out of England in 1919.

This move saw Wilsdorf settle his new company in Geneva, Switzerland where it was known as the Rolex Watch Company. After a while in Geneva, the brand became known as the Montres Rolex, SA, and then finally, just Rolex, SA.

Besides being the brand behind the extravagant and luxurious Rolex watches we all know and love, Rolex is also the brand behind the lesser-known and more affordable Tudor watches. Rolex founded the subsidiary company in the year 1946 with Wilsdorf managing and growing both companies until he died in 1960. 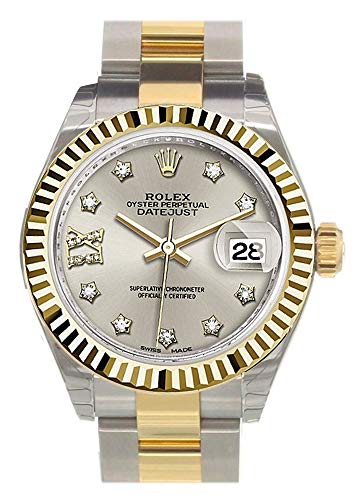 Where The Name “Rolex” Came From

From what you can find on Rolex’s official website, Hans Wilsdorf simply wanted a name that anyone from any language could easily pronounce. But even more importantly, he said he wanted a name was symmetrical when written in capital letters as well as something that would look good on a watch.

So, Wilsdorf began to combine the letters of the alphabet in different possible ways. According to him, he came up with more than a hundred different names yet he couldn’t seem to settle on one that felt right to him.

So, one morning, he was riding in a horse-drawn omnibus in the upper deck while rolling through Cheapside in London. He says that “a genie whispered ‘Rolex’ in my ear.”

An essay in Stern Business School Newsletter, NYU, also adds that Wilsdorf considered the name “Rolex” to sound like the onomatopoeia of a ticking watch.

So, in essence, the name means nothing. And even though some people have propounded that Rolex is short for “horological excellence,” there’s no evidence anywhere that Wilsdorf ever alluded to that.

The Man Behind The Brand, Rolex — Hans Wilsdorf

Hans Wilsdorf was born on the 22nd of March, 1881 to his protestant parents in Kulmbach, Germany. His was a family of five with him being the second son of three children. At 12 years of age, he had lost his two parents and had to be the care of his uncles. Together with his siblings, he received an excellent education from the boarding schools where they were sent.

Wilsdorf showed great talent in his understanding of languages and mathematics in school. These innate strengths caused him to explore a career path in the precious metal industry. His first job was with an international company well influential in the exportation of pearl.

He made to switch to Swiss watchmaking soon after in 1900 after he moved to La Chaux-de-Fonds. There he got a job as a clerk and an English correspondent at the watch form of Messrs. Cumo Korten, ru Leoppold Robert.

In his role at the influential watchmaking firm, Wilsdorf would wind pocket watches daily in their hundreds to ensure they kept time accurately. This, naturally, gave the youngster a wealth of experience and insight into the making of different kinds of watches.

Three years later in 1903, Wilsdorf had moved to London to work for another high-profile watchmaking company.

It was in London that Wilsdorf (together with Alfred Davis, his brother-in-law) decided to establish his own company at the age of 24 in 1905. Their very first office was located at 83 Hatton Gardens, London, England. Wilsdorf hoped to be able to provide high-quality watches at affordable prices.

Breaking into the market would prove difficult as wristwatches were unable to compete with pocket watches at the time especially in the areas of accuracy and sturdiness. In fact, the gentlemen of the time said they’d very much prefer to wear a skirt than wear a wristwatch as George Gordon chronicles in Rolex 1905 – 1989: Hans Wilsdorf and the Evolution of Time.

Being the innovator that he is, though, Wilsdorf chose to see this as an opportunity and by 1910, the Rolex movement had become the first movement in the world to get the Swiss Certificate of Chronometric Precision as awarded by the Official Watch Rating Center in Bienne.

Hans Wilsdorf was also a marketing genius. In those days, he promoted Rolex as the best of the best but more importantly, he was always ready to back it up. He’d use testimonials from different people who had worn the watch and enjoyed it and many are convinced that this is the reason has attained and retained its current reputation.

Hans Wilsdorf died on the 6th of July, 1960 in Geneva, Switzerland. 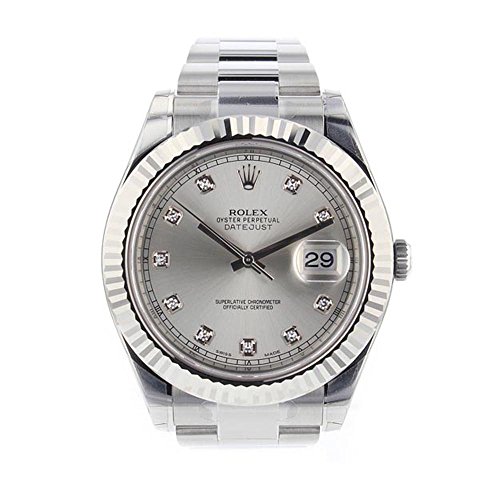 Where Is Rolex’s Current Headquarters?

In the beginning, Rolex had its headquarters in London. However, in 1920, after the war and when doing business in England became tough especially because those dealing in precious metals, Wilsdorf had to move Geneva in Switzerland.

However, even though the headquarters is located in Europe, Rolex still has a huge customer base all over the world.

We have affiliate relationships with the providers of the products, goods and services that are linked to on this page and may be compensated when you buy. But do note that it doesn't increase the cost of the products to you in any way or determine our verdict on a product/service.