So, what is syncing?

Syncing is a process by which the data that has been collected by your Fitbit like heart rate, sleep stats, and number of steps taken for the day are pulled and sent to your phone or any other device. If you want to be able to see your Fitbit stats elsewhere besides your wrist, then you’d have to sync your Fitbit with your device(s).

When data is transferred to your dashboard, you’ll be able to track your progress, check your sleep quality, set some goals, log your food and water intake, challenge your friends, and do much more.

Here’s What Happens When Your Fitbit Syncs With Your Device 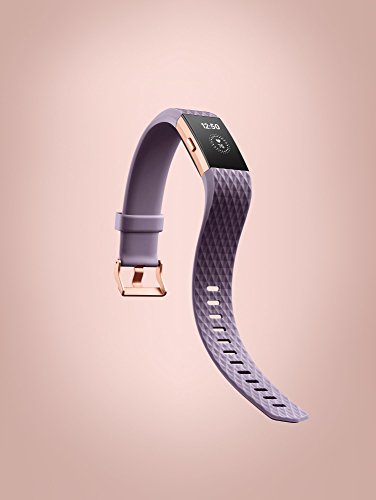 When syncing occurs, your Fitbit device connects to your device wirelessly through the use of a Bluetooth connection. While this happens, all the data from your Fitbit activity is transferred to the Fitbit app on your device. This app then sends the information received to the Fitbit servers via your cellular network or WiFi.

From the Fitbit app, information can also be sent back to the Fitbit tracker during a sync. If you opened your Fitbit account on another Fitbit tracker, the information from this device will also be downloaded into your own tracker when you sync. So, ultimately, once your Fitbit has been synced, you’ll still be able to see the activity you performed on that day.

Finally, during a sync, your Fitbit can also automatically update the time during daylight savings or when you travel to a different time zone.

Smartphones That Work With Fitbit Trackers 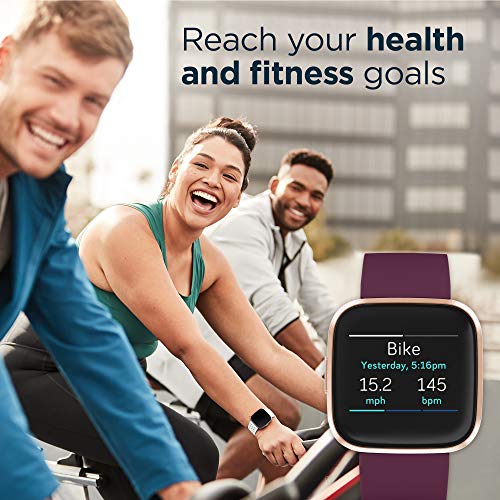 Fitbit trackers sync with all modern Android models as well as iPhones. It will also sync with Windows phones as long as they are running a Windows 10 mobile. The Fitbit app is, however, unavailable for older Windows operating systems.

How Do You Sync Your Fitbit?

Normally, your Fitbit is designed to automatically sync data with your connected devices. So, you want to make sure that you have your tracker is set to “all-day sync.” If it is off on your tracker, then ensure your sync your Fitbit, at least, once daily.

Usually, once you open your Fitbit app, your device syncs with your Fitbit hardware automatically if it’s nearby. However, you can always use the “Sync Now” option on your app if that doesn’t happen or any time you need to.

The video below demonstrates how to sync your Fitbit with an Android device.

How Do You Sync Your Fitbit Manually? 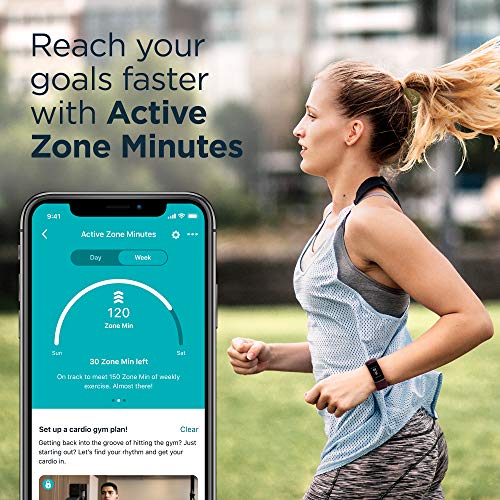 Depending on the device, there are a few ways you can sync your device with your app manually. Fortunately, they are all pretty easy.

You’ll see Sync Now, tap on it for the iPhone or iPad, or tap on the arrows next to it for android devices.

For Windows 10 phones, go to your dashboard and tap on the account icon, and from there to your device image. When you do that, you’ll see the Sync icon, tap on it and your device will sync with your app.

For a Windows 10 computer, plug in the accompanying dongle of your device into the USB your port of your computer.

There, in the drop-down, you’ll see Advanced Settings, tap on it and turn on the Fitbit Connect Classic Mode option. When you open the app, tap on the Today tab, and from there go to your profile picture.

When you do this, all nearby Fitbit devices not connected to another phone, tablet, or computer via Bluetooth will automatically sync every 15 to 30 minutes.

So, the next time you check your stats on your Fitbit app, you should see your data all correctly synced.

If you want to check your device’s last synced as well as its battery level and firmware version, tap on the Today tab, your profile picture, and then your device image.

Click here to see how to sync your Fitbit tracker with your iOS devices.

Can You Sync Your Fitbit With More Than One Smartphone? 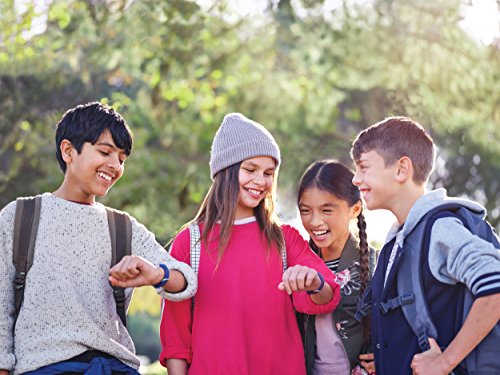 You can sync your Fitbit with any number of compatible phones, tablets, or computers that meet the syncing requirements.

Normally, once your Fitbit is synced with your phone, you can get notifications from your phone on your Fitbit. If you wish to use a different phone, therefore, disable the Bluetooth connection between your Fitbit and your phone first.

If you’re having trouble syncing more devices to your Fitbit, Fitbit has some steps you can follow to help sync your devices with your Fitbit.

Can You Sync Your Account To More Than One Fitbit Device?

If you have more than one Fitbit device, you can sync all of them to the same Fitbit account and see a complete view of your activities.

The only exception to this is if the Fitbit devices make use of the Fitbit App Gallery. So, if you have the Fitbit Charge 3, the Fitbit Inspire series, the Fitbit Ionic, and the Fitbit Versa series, you’d have to connect only one of these devices to your Fitbit account at a time. 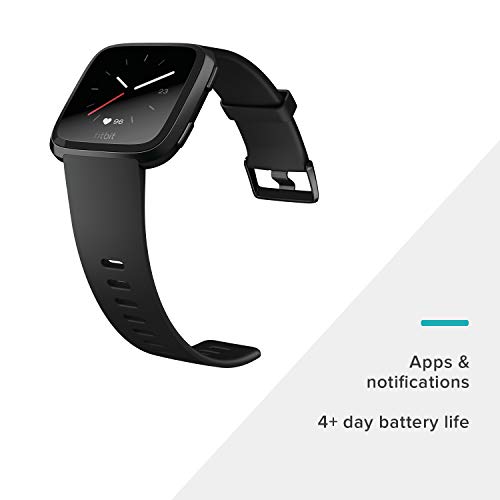 Usually, once you open your Fitbit app, your device is supposed to sync automatically. Manual syncing is also another method by which you can get your Fitbit device to sync as we have already discussed.

However, there are some times when it seems like your device just won’t sync. Oftentimes it’s a connection issue, maybe your WiFi or cellular connection isn’t exactly great. However, if that doesn’t seem to be the case, there are a few things you can do to handle that.

1. Ensure that you have the latest version of your app installed.

2. Ensure that you have a stable connection whether WiFi or cellular data.

3. Make sure that the software on your phone is up to date.

4. Be sure that your Bluetooth is on on your phone and isn’t managing other connections like speakers or headsets. Oftentimes, when there are more than one Bluetooth connections, you might experience some difficulty using a couple of the connected devices.

5. If you sync more than one device at a time, ensure that the other device isn’t close by. If it is, then turn off the Bluetooth connection on it.

6. Make sure your Fitbit’s battery isn’t too low.

7. For Android devices, make sure that your Fitbit app is permitted to run in the background.

8. Also make sure your location is turned on and the Fitbit app has the permission to access it if you use an Android device.

9. Make sure your firmware is up to date.

10. Check that the Always Connected option on your app is on as this improves the Bluetooth connection between your device and your phone. However, keep in mind that it drains power on your Fitbit device faster.

11. Check that All-Day Sync is turned on your Fitbit app. This allows your Fitbit to sync periodically on its own. However, this also reduces battery life both on your device and on your phone.

By the way, if your Fitbit won’t charge, click here to read our article: “Why Won’t My Fitbit Charge?” for possible solutions.

If Your Fitbit Still Won’t Sync 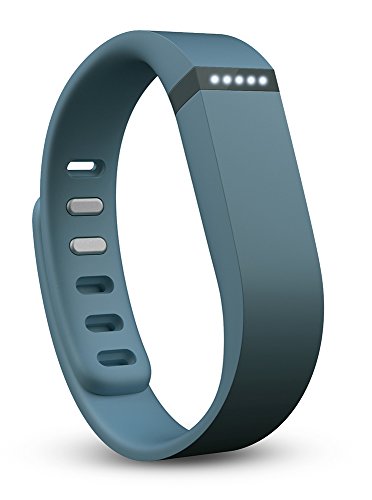 1. Force quit on your app and then reopen it.

2. Go to Settings on your phone and then go on to Bluetooth and turn it off and then back on.

4. If your Fitbit didn’t sync, then you might want to restart it.

6. If it still won’t sync even after uninstalling and reinstalling your app, trying logging into your Fitbit account on a different device or computer and try to sync.

7. If the above step doesn’t work, then remove all Fitbit devices from your account and. Also remove all connected Bluetooth devices on your phone and then try to sync again.

1 thought on “How Do You Sync Your Fitbit? — Steps For All Devices”